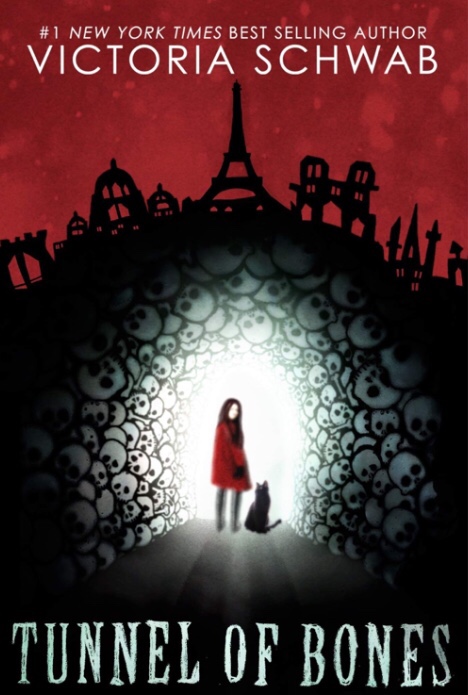 I triple checked that it didn’t contain spoilers!

Trouble is haunting Cassidy Blake . . . even more than usual.

She (plus her ghost best friend, Jacob, of course) are in Paris, where Cass’s parents are filming their TV show about the world’s most haunted cities. Sure, it’s fun eating croissants and seeing the Eiffel Tower, but there’s true ghostly danger lurking beneath Paris, in the creepy underground Catacombs.

When Cass accidentally awakens a frighteningly strong spirit, she must rely on her still-growing skills as a ghosthunter — and turn to friends both old and new to help her unravel a mystery. But time is running out, and the spirit is only growing stronger.

And if Cass fails, the force she’s unleashed could haunt the city forever.

This book did not disappoint! I loved the first one, especially the narration, and I was so excited to hear that the same narrator would be used for the second audiobook!

Plot and Setting. The main reason why I enjoyed the first one was because of it’s unique plot and setting (Edinburgh, Scotland), and the sequel upped the ante in ways I didn’t know were possible. I love how Schwab intertwines the beautiful streets of Paris with the plot to give it just a small added layer of creepiness. While I admit I was distracted a fair bit during this book, the progression of the plot went very smoothly and I loved all the build up. Since the first book left off on a somewhat mysterious note, we get to see some of those events unfold in this book, along with other issues that lead to a more complex, more mature sequel.

“You are my best friend. In life. In death. And everything in between.”

Characters. The friendship between Jacob and Cassidy is just the cutest and I admit it hurt a bit to see it under some strain. Jacob is the funniest, most sarcastic ghost I’ve read about and I love him as a character. I’ve seen reviews where people point out that Cassidy is a bit flat and I can’t say I disagree, but I just love the friendship between these two and the family dynamic that it doesn’t bother me too badly.

Overall. This was a solid sequel with some more intense pacing and creepiness to it, along with a great friendship between Jacob and Cassidy. It isn’t a five star read by any means but it is enjoyable, and I do look forward to the next book in the series.

One thought on “Review: Tunnel of Bones by Victoria Schwab (Spoiler Free)”